The science behind the E2 and other hydrogen technologies has been well documented. Electrolysis, which is at the core of the E2, is, itself, well understood. A small electrical current passes through water, separating the hydrogen and oxygen atoms. The E2 then takes the hydrogen and the oxygen and delivers gases directly into the air intake of an engine.

It has been known for forty years (since a 1974 study for NASA by the Jet Propulsion Lab of the California Institute of Technology) that the addition of hydrogen to fossil fuels burned in internal combustion engines will increase the efficiency of that engine. This premise has been validated by a number of papers published by the Society of Automotive Engineers (SAE). The concept is valid with any fossil fuel (diesel, gasoline, propane, natural gas) or bio-fuel (biodiesel, ethanol). Among other, more subtle effects, the presence of the hydrogen alters the initial stages of the combustion dynamic, resulting in more complete combustion. The net effect is to alter the time at which maximum heat energy is released relative to the power cycle, increasing the efficiency of the engine (typically a modern diesel engine runs around 40% efficiency - an increase of only 4% in the adiabatic efficiency results in a 10% decrease in fuel consumption!).

Note that the results are not simply caused by the displacement of a small amount of fossil fuel with an equivalent volume of hydrogen. Rather, the increase in efficiency is gained by getting more useful work out of the fossil fuel itself, resulting in less energy wasted.

As a result of of the research and development cycle, the ETI delivers products geared toward specific vertical markets which have gone through an extensive field trial and testing verification stage.

Due to the proprietary nature of this technology, and the competitive advantage afforded by our detailed understanding of the mechanisms involved, a full explanation of the science and intellectual property will only be made available to those who undertake a comprehensive NDA.

With the primary focus at ETI being on the HGV and bus markets, the principle competition comes from manufacturers of "passive" emissions control technologies. There are a variety of advanced exhaust treatment products, including diesel particulate filters and diesel oxidation catalysts but, while they offer comparable emissions reductions to the E2. In every case, other alternatives increase fuel consumption (by increasing back pressure on the engine) by an average of 3.5%-a stark contrast to the fuel savings achieved by the E2. The existing market for these devices is, literally, billions of dollars, with companies such as Arvin Meritor, Johnson Matthey, and Delphi each transacting over $1/2 billion in related sales, not to mention dozens of smaller manufacturers around the world. Clearly, ETI enjoys a unique position within the realm of emission control devices, and its ability to address both the problems of increasing fuel costs and increasing government regulation of exhaust emissions ensures it has a large and receptive marketplace.

Indirect competition would include technologies such as fuel cells, battery-powered vehicles, hybrid vehicles, alternative fuels, and other emission reduction alternatives, such as diesel oxidation catalysts and diesel particulate filters. Of these, the only truly price-competitive products are the diesel particulate filters, but their use, while accomplishing the goal of reducing PM comes with the financial penalty of reducing fuel efficiency by 3.5 - 4% and does nothing to reduce CO2. Diesel oxidation catalysts, similarly, reduce engine efficiency, and the emissions benefits come with equipment costs on par with an E2.

Hybrid vehicles are gaining customer acceptance, but are not, in fact, a competitor to the E2 since the E2 can be regarded as a complementary technology. Indeed, as mentioned earlier, "hybrid" may soon refer to the hybrid of hydrogen-hydrocarbon, not just gasoline-electric. Alternative fuels, such as ethanol, again can be seen as complementary technologies since the E2 can be used in conjunction with them.

Longer term, the company recognizes that other applications of hydrogen hold extraordinary potential as the source of 100% of the energy for fixed and mobile engines, and has a strategy to exploit its competitive advantages and develop a comprehensive family of hydrogen technologies. In the future, as cost effective production techniques are implemented, 100% of fuel demand, particularly in remote locations and on islands, will be met by the combustion of pure hydrogen, but that future is likely still decades in the future. Today, the only cost-effective commercial application of hydrogen is via the E2!

The success the E2 has experienced to date is directly attributable to its ability to address the following three key external market forces:

Rising fuel costs make for a convincing argument that the E2 will find an ever-increasing and ever-more appreciative customer base. There are finite amounts of oil in the ground, the oil sands are enormously expensive to exploit, and demand for fossil fuels has been surging around the world as markets in developing countries expand to meet the growing economic demands of their citizens.

There is clearly an emerging global consensus, both from the public and from the various levels of government, on the necessity to reduce emissions for reasons of climate change and urban health. Smog is becoming a major health problem for large urban centers around the world, and the health costs and reduction in quality of life are becoming both more obvious and quantifiable. Climate change poses a major threat to the on-going stability of our ecosystems and economies, which has been recognized by the ratification of the Kyoto protocol in February 2005. Governments are showing an increasing willingness to motivate the penetration of technologies, such as with ETI, through emission regulations, such as California's near-zero emissions vehicles (ZEVs), Ontario's Drive Clean Program, and the progressively tighter regulations in the EU, Japan and China.

Fed by the perception that fuel stocks are limited, countries, such as Iceland, Sweden, and the US, are looking to extend the life expectancy of their existing fossil fuel infrastructures explicitly through the use of new technologies with a particular emphasis on hydrogen technologies with a particular emphasis on hydrogen technologies. The perception of the need to increase energy security aligns nicely with the ETI corporate strategy of being a global leader in providing engineering solutions for fuel and emission reductions in a world moving from a fossil fuel economy to a hydrogen economy.
The E2 addresses these three major concerns, particularly the most important market driver-cost. As mentioned earlier, the direct economic benefit of the E2 is a reduction in fuel consumption ranging, with market tests having proven savings between of at least 5%.

Use of the E2 results in significant reductions in emissions of carbon monoxide, sulfur dioxide, hydrocarbons, particulate matter, nitrogen oxide, and greenhouse gases (GHG), such as carbon dioxide. More than just "green" marketing points, the reduction in GHG's, and can generate revenue in the form of Emission Reduction Credits in many jurisdictions around the world. Having cleaner engines creates an ancillary economic benefit to customers since such emission reductions will allow owners of aging fleets to meet current and emerging emission regulations without having to replace existing equipment.

Finally, the use of ETI technology results in an increase in torque and horsepower, as well as reduced engine wear and decreased maintenance expenses, creating additional savings for users. 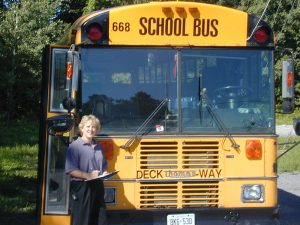 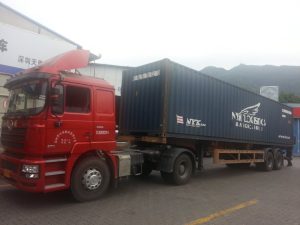 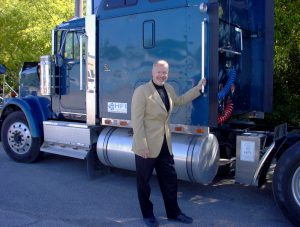 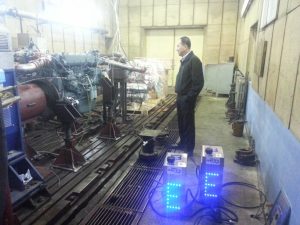 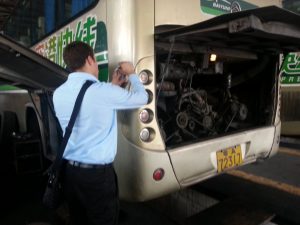